Survey on disinformation and fake news

Key objectives and outcomes of the project are:

As a part of the project SMARTeD, the on-line survey has been implemented to collect national realities, approaches and practical applications with the following specific objectives:

The following key findings have been extracted from the analysis of the survey results:

FIA and cyber security authority should take action against those who are spreading fake news regarding RIU.
This isn't a joke peeps.
#Fakenews #RiphahUniversity

Reply on TwitterRetweet on TwitterLike on Twitter1Twitter
MEDITERRÁNEO DIGITAL@MediterraneoDGT·
52m 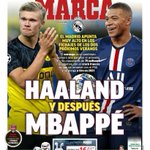