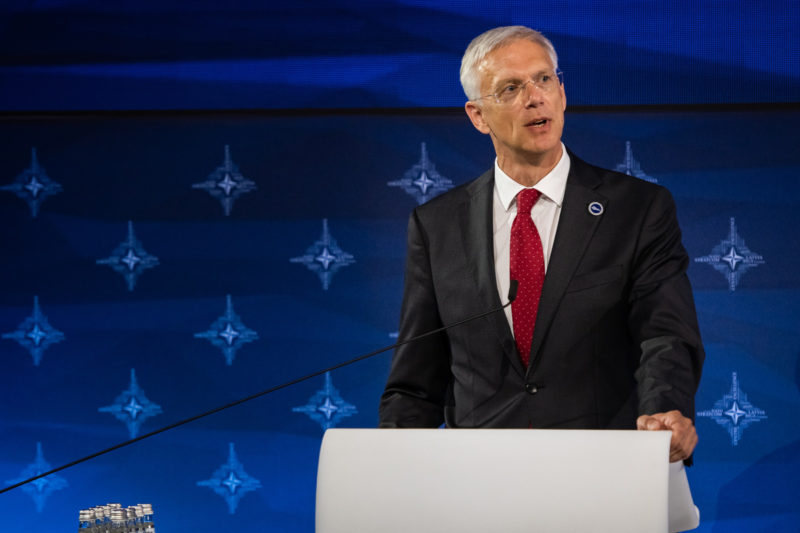 Prime Minister Krišjānis Kariņš, during his speech at “The Riga StratCom Dialogue 2019”, stressed the need to introduce the European level regulation for social media platforms

“Social media platforms are used throughout the world in the ways in which they are not intended by their founders. On the one hand, you can find groups of people who think like you and maybe share your hobbies, while on the other hand, the social media can be used in ways that undermine our society as such. There are states, which are in the business of doing their best to undermine our societies – to create discord among people and unrest in society,” said K. Kariņš.

Although the EU regulates many spheres, the Prime Minister acknowledged that the sphere of social media is not regulated.

“I believe that there is a fine line between freedom of speech, free information flow and responsibility for Internet content and social media platforms. While avoiding censorship, we have to consider clever, European-wide legislation to bring the social media platforms under the umbrella of responsibility of what sorts of information they are disseminating. We have to introduce it in order to defend democracy, our values and way of life. New technologies require new thinking,” stressed the Prime Minister.

So happy @CNN The #fakenews network!

Far Left Journalist @JakeSherman says Biden will announce COVID is over - but Biden is in court trying to get masks on airplanes again.

Reply on TwitterRetweet on TwitterLike on TwitterTwitter
FakeNews-News@fakefaktzh·
36m

Reply on TwitterRetweet on TwitterLike on TwitterTwitter
Load More...
© SMARTeD